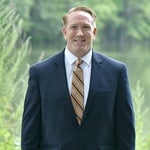 I am different. I was a police detective and Army Officer. As a police officer I served first as a patrolman and then later as a detective. Not only was I a police officer, I trained hundreds of police officers for years at two Massachusetts police academies. I know what police are taught and their tactics.

I joined the United States Army Judge Advocate General's Corps and served on active duty until I retired obtaining the rank of Major. My duty positions included trial attorney (defense attorney and prosecutor) trying a wide variety of cases to include homicide, sexual assaults, assaults and batteries, financial fraud, as well as other serious felonies. My last duty position was Chief of Justice of the 101st Airborne Division (Air Assault) where I supervised a team of 14 military prosecutors.

Outside of the courtroom I served as a legal advisor providing counsel on civil and criminal investigations, concerning complex multinational incidents, sexual harassment, employment law and labor law. I provided counsel to Soldiers, military retirees, and their families in the areas of estate planning and family law.

I have worked as a Special Assistant District Attorney and have represented individuals incarcerated in Massachusetts Department of Corrections institutions throughout the Commonwealth.

Always ready for a fight but smart enough to make a deal to advance my clients' interests, I am your best choice for a relentless, no nonsense advocate.

Thank you for contacting us. We will get back to you shortly.

Please complete all required fields below.

I offer a free consultation and I’ll gladly discuss your case with you at your convenience. Contact me today to schedule an appointment.